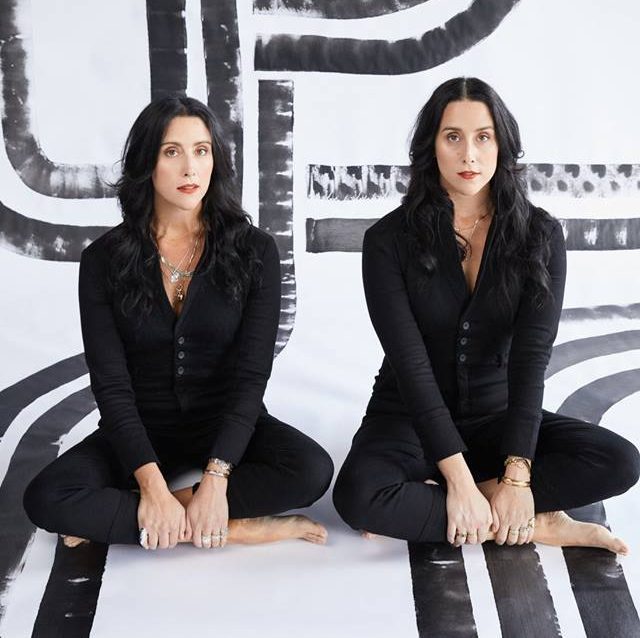 The Watson Twins announce DUO, their latest full length and 6th Studio Album. This batch of songs comes with a new approach finding the sisters co-writing all the material for the first time and singing all parts together, creating one singular voice. Working with their longtime collaborator and producer Russ Pollard (Everest/Sebadoh), the album feels like a dynamic new chapter for the twins.

Raised in Louisville, Kentucky identical twin sisters, Chandra and Leigh Watson, have always blended musical genres to tell their story. The twins moved to the thriving music scene of Silver Lake, Los Angeles in the early 2000’s where their sound “developed a style of sweet, soulful indie-folk that does more than nod to alt-country influences” (NPR). The twins released 4 albums – and spent a lot of time on the road – during their time in LA. But it was when they relocated to Nashville 5 years ago that they began to focus on the power of their signature harmonies.

“The backdrop of Nashville inspired a new directions for us. We’d always written songs separately but we wanted to focus on our strength as a duo,” Leigh says. Those signature harmonies (reminiscent of their contribution to Jenny Lewis’ Rabbit Fur Coat) are truly the beating heart of this new collection of songs. Together, the twins’ voices create a landscape of sound that feels totally modern while always nodding to the past. “As twins, they can shape-shift even more effectively than most polyphonic siblings; the aura they project, of one voice split in two, enhances their ability to cast a spell.” (Los Angeles Times)

The twins called on friends who supported them throughout their journey to bring their vision to life. Players on DUO include Russ Pollard, Carl Broemel and Bo Koster (My Morning Jacket), Vanessa Carlton, Mickey Raphael (Willie Nelson/Chris Stapleton) and the Cactus Blossoms.

Tracks like “Rolling Thunder” reflect on Nashville’s storied musical history. “Cry Baby” nods to country greats like George Jones & Tammy Wynette, while “Hustle and Shake” tells the twins’ own story of the highs and lows of a life in music. “Call to You”, a duet featuring The Cactus Blossoms, is a new take on the lost tradition of duets – two brothers and two sisters, using their familial harmonies. Chandra says, “we wanted to make a big, cinematic feeling song about lost love on the open road.” “Playing Hearts”, the only co-write on the album, finds the twins and Daniel Tashian (writer/composer Kacey Musgraves and #1 song “Hometown Girl” Josh Turner) waxing poetic about card games and love.

In recent years the Watson Twins have toured in support of their own releases Pioneer Lane, Night Covers, Talking to You, Talking to Me, Fire Songs & Southern Manners, as well as continuing to perform as back-up vocalists for some of music’s most notable acts. The Watson Twins have performed with: Kings of Leon, Harry Connick Jr., Vanessa Carlton, CeeLo Green, Foster The People, The Shins, Conor Oberst, Jenny Lewis, John Paul White (the Civil Wars), My Morning Jacket, Shooter Jennings, Butch Walker, Rayland Baxter, Jessie Baylin, Bahamas, Billy Bragg, Willie Nelson and many more. The Watson Twins latest album DUO will be released October 2018.

“The twin sisters have a sense of harmony that has gone unmatched and a growing reputation as the artists to call when you need perfect voices behind you.” – Paste Magazine