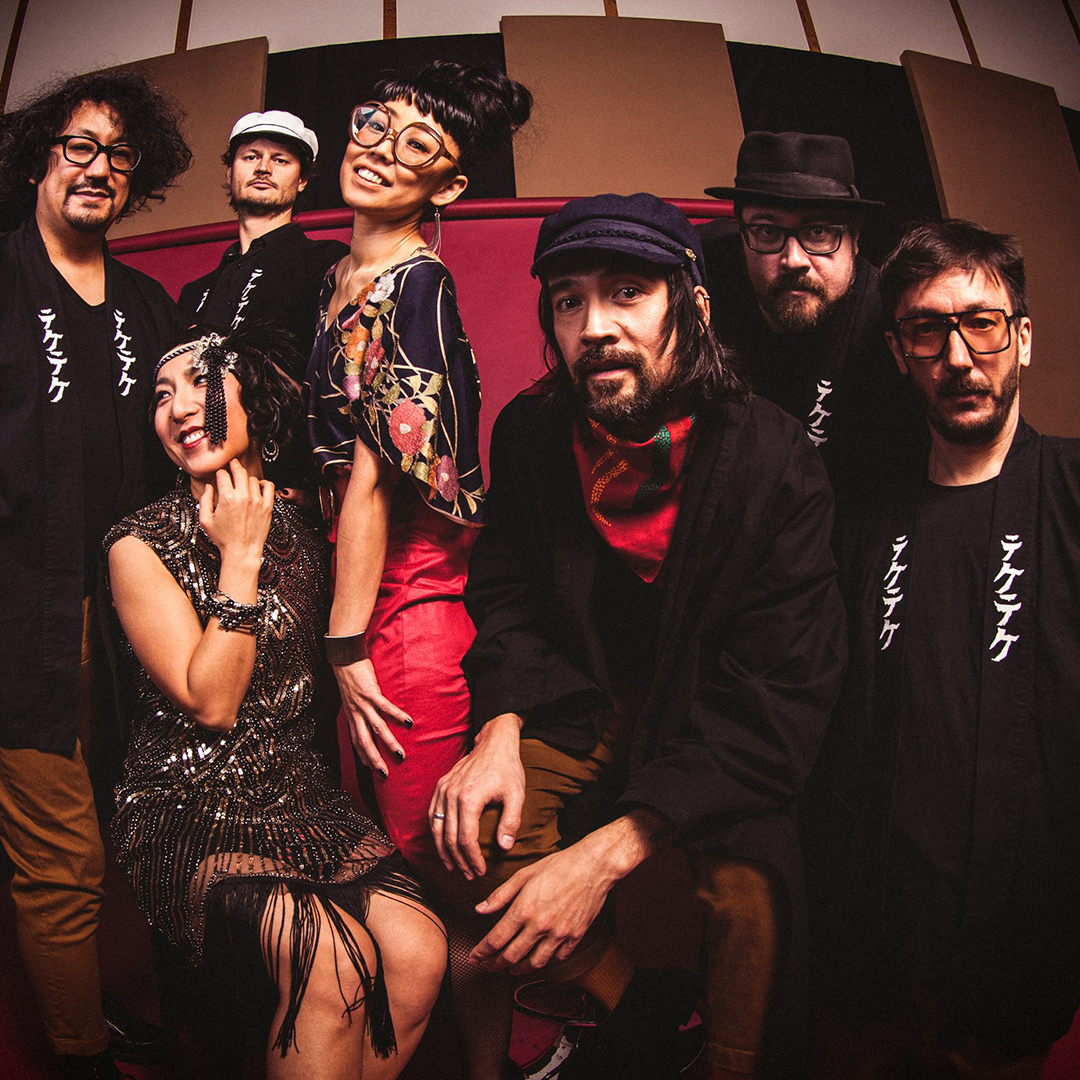 After initially forming as a tribute band for Japanese guitar legend Takeshi Terauchi, TEKE::TEKE learned that they had to tear up their surf-tinged covers and build something new. Since then, the Montreal-based seven-piece have expanded their already wide scope into a dazzling journey through classic Japanese balladry and Brazillian psychedelia alike. Fusing everything from traditional Japanese instrumentation to punk guitar, TEKE::TEKE have created their own musical universe–one that’s continuously expanding.

On their debut album Shirushi, TEKE::TEKE blend their eastern and western influences to produce a set of songs that play like soundtracks to a wildly eccentric epic film saga. From the spiritual tale of “Yoru Ni” to the stomping adventure ride of “Kala Kala” and the doomed romance of “Dobugawa”, the Montreal-based seven-piece find a mystic cohesion. By tearing apart roaring punk guitar riffs, folk instrumentation, poetic Japanese lyrics, and big band energy, Shirushi builds a dazzling mosaic of styles and eras.