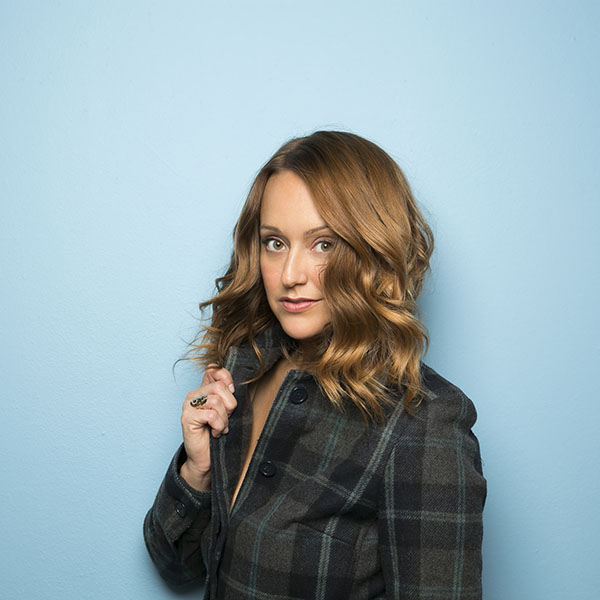 Sarah Tiana is a stand-up comedian and writer living in Los Angeles and headlining at comedy clubs across the country. An avid sports fan, she often writes for the ESPY Awards, helps put together Rob Riggle’s NFL segments on FOX, and recently appeared as a panelist on Garbage Time with Katie Nolan during the Super Bowl. In 2016, she finished second place in the first season of Roast Battle on Comedy Central and starred in a comedy talk show pilot for TruTV. She also appeared regularly on Comedy Central’s @Midnight and as a panel member on Chelsea Lately before becoming a regular/writer on The Josh Wolf Show for CMT. She later wrote for The Burn with Jeff Ross, hosted the Roast of Justin Bieber Red Carpet, and also hosted the CMA’s Red Carpet. She currently co-hosts the podcasts Fried with Jon Reep, and Riggle’s Picks with Rob Riggle. Sarah’s first stand-up special will debut later this year on Comedy Central.

Originally from Calhoun, GA, Sarah’s act emphasizes the thrills of growing up after “The War Of Northern Aggression” and trying to survive in the current battle of the sexes. She doesn’t call herself “single,” (she’s too old for that), she prefers the term “sexually active.”

Sarah’s big break came after she was recognized for her “breakout performance” as ‘Carmen’ in four episodes of Reno 911’s 7th season. In 2005, she helped create a sketch comedy company called The Strait Jacket Society as a way to help young actors in Hollywood accelerate their stage time and gain exposure while still having fun (she has put over 500 actors through this program). She has also been a correspondent on The Soup Investigates as well as Love You, Mean It starring Whitney Cummings.

A downright ‘Merican, Sarah has done over 12 tours of comedy for the troops including Germany, Singapore, Afghanistan, Guam, Okinawa, and several Wounded Warrior Facilities. A trip to Iraq at the beginning of the war is highlighted in the documentary film, We Love You Mrs. Bevins.

Sarah can be seen regularly at The World Famous Comedy Store, on Twitter, and in numerous unhealthy relationships in and around Los Angeles.