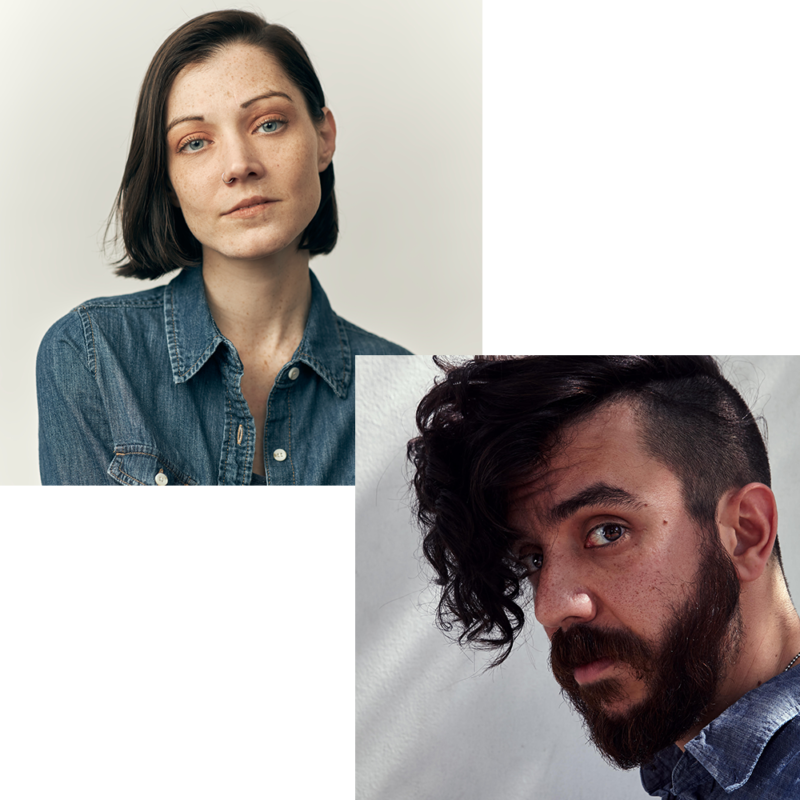 Doors: 30 mins before each event

Sarah Gerard’s essay collection Sunshine State (Harper Perennial, 2017) was a New York Times Editors’ Choice, a finalist for the Southern Book Prize, and was longlisted for the PEN/Diamonstein-Spielvogel Award for the Art of the Essay. Her novel Binary Star (Two Dollar Radio, 2015) was a finalist for the Los Angeles Times Art Seidenbaum Award for First Fiction, and was a best-book-of-the-year at NPR, Vanity Fair, and Buzzfeed. Her novel True Love (Harper) was a Best Book of 2020 at Glamour and Bustle, and winner of an Audiofile Earphones Award. Shondaland called it, “appalling and hilarious… surprisingly poignant. It’s an extremely resonant social satire.”

Her short stories, essays, and interviews have appeared in The New York Times, T Magazine, Granta, The Baffler, The Believer, Vice, Electric Literature, and the anthologies We Can’t Help It If We’re From Florida (Burrow Press, 2017), One Small Blow Against Encroaching Totalitarianism (McSweeney’s, 2018), and Tampa Bay Noir (Akashic Books, 2020). 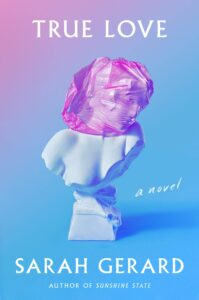 Nina is a struggling writer, a college drop-out, a liar, and a cheater. More than anything she wants love. She deserves it.

From the burned-out suburbs of Florida to the anonymous squalor of New York City, she eats through an incestuous cast of characters in search of it: her mother, a narcissistic lesbian living in a nudist polycule; Odessa, a single mom with even worse taste in men than Nina; Seth, an artist wh

ose latest show is comprised of three Tupperware containers full of trash; Brian, whose roller-coaster affair with Nina is the most stable “relationship” in his life; and Aaron, an aspiring filmmaker living at home with his parents, with whom Nina begins to write her magnum opus.

Nina’s quest for fulfillment is at once darkly comedic, acerbically acute, and painfully human—a scathing critique of contemporary society, and a tender examination of our anguished yearning for connection in an era defined by detachment.

Kaveh Akbar is the author of Pilgrim Bell (Graywolf Press, 2021) and Calling a Wolf a Wolf (Alice James Books, 2017; Penguin UK, 2018). He is also the author of a chapbook, Portrait of the Alcoholic (Sibling Rivalry, 2017). Kaveh is the recipient of the Levis Reading Prize, Pushcart Prize, Ruth Lilly and Dorothy Sargent Rosenberg Poetry Fellowship, and Lucille Medwick Memorial Award from the Poetry Society of America. Kaveh is the founding editor of Divedapper, a home for interviews with major voices in contemporary poetry. With Sarah Kay and Claire Schwartz, he writes a weekly column for the Paris Review called “Poetry RX.” Born in Tehran, Iran, he teaches at Purdue University and in the low-residency MFA programs at Randolph College and Warren Wilson. His poems appear in The New Yorker, Poetry, PBS NewsHour, The New Republic, Best American Poetry, The New York Times, and elsewhere. 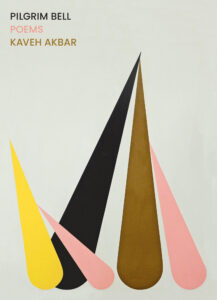 With formal virtuosity and ruthless precision, Kaveh Akbar’s second collection takes its readers on a spiritual journey of disavowal, fiercely attendant to the presence of divinity where artifacts of self and belonging have been shed. How does one recover from addiction without destroying the self-as-addict? And if living justly in a nation that would see them erased is, too, a kind of self-destruction, what does one do with the body’s question, “what now shall I repair?” Here, Akbar responds with prayer as an act of devotion to dissonance—the infinite void of a loved one’s absence, the indulgence of austerity, making a life as a Muslim in an Islamophobic nation—teasing the sacred out of silence and stillness.

Richly crafted and generous, Pilgrim Bell’s linguistic rigor is tuned to the register of this moment and any moment. As the swinging soul crashes into its limits, against the atrocities of the American empire, and through a profoundly human capacity for cruelty and grace, these brilliant poems dare to exist in the empty space where song lives—resonant, revelatory, and holy.