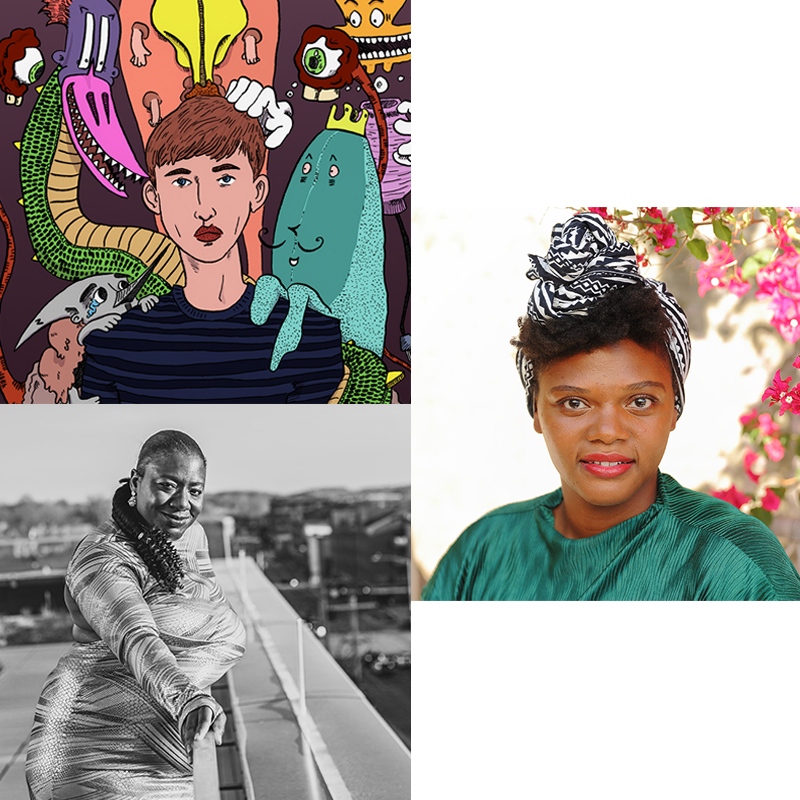 Doors: 30 mins before each event

Reneice is a writer, recipe developer, and food photographer often found beachside in Los Angeles, CA. Reneice was the Managing Editor for SKEW Magazine issue 03 // Black Abundance, and will serve as Editor in Chief for issues 04 and 05. She is the author of the queer baking column, Femme Brûlée, formerly on Autostraddle.com. Reneice is also the current programming and communications manager at the LA based arts organization Level Ground. Her artistic work centers joy as resistance, and is strongly influenced by mental health given her MSW background.

Tameka Cage Conley, PhD is a graduate of the fiction program of the Iowa Writers’ Workshop where she was awarded the Truman Capote Fellowship and the Provost Postgraduate Visiting Writer Fellowship in Fiction. Her work is published in Ploughshares, The Virginia Quarterly Review, Callaloo, The African American Review and elsewhere. She has received writing fellowships from the Iowa Writers’ Workshop, the Cave Canem Foundation, the Virginia Center for the Creative Arts, the Squaw Valley Community of Writers, and the Vermont Studio Center. The opera for which she wrote the libretto, A Gathering of Sons, was awarded the Bronze Medal in the Society and Social Issues category of the New York Festivals TV and Film Awards. She is at work on her first novel, You, Your Father–an epic family saga that considers the untimely deaths of African American men over six decades beginning in the early 1940s in northern Louisiana.  She is Assistant Professor of English and Creative Writing at the Oxford College of Emory University.

John Elizabeth Stintzi is a non-binary writer, visual artist, teacher, and editor who grew up on a cattle farm in northwestern Ontario. JES is the author of the novels My Volcano (Two Dollar Radio/Arsenal Pulp Press, 2022) and Vanishing Monuments (Arsenal Pulp Press, 2020), as well as the poetry collection Junebat (Anansi, 2020). Their work has been awarded the 2019 RBC Bronwen Wallace Award for Emerging Writers, The Malahat Review’s 2019 Long Poem Prize, the Sator New Works Award, and has been shortlisted for the Amazon Canada First Novel Award and the Raymond Souster Award. They have received residencies from Charlotte Street Foundation in Kansas City, MO, the Watermill Center in Water Mill, NY, and at the Queen’s University Biological Station in Kingston, Ontario. They are a poetry editor for Contemporary Verse 2 as well a writing instructor at the Kansas City Art Institute.