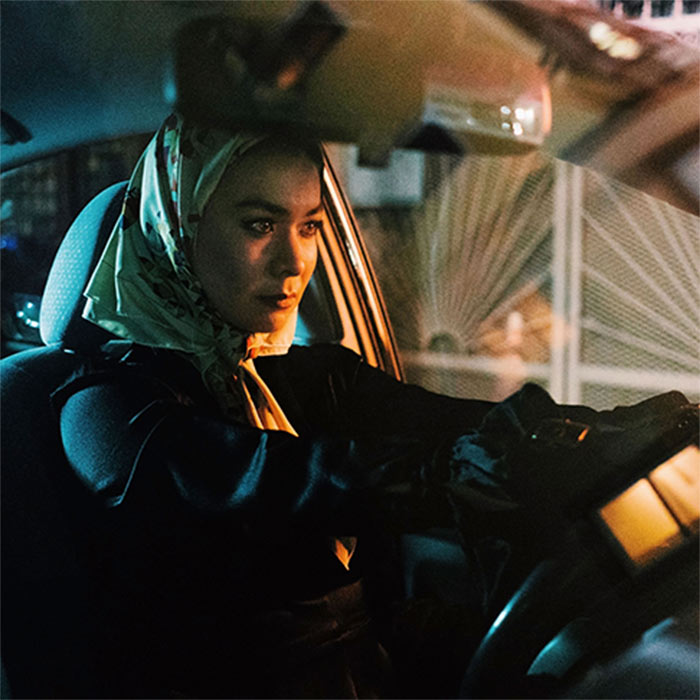 Mitski Miyawaki has always been wary of being turned a symbol, knowing we’re quick to put women on pedestals and even quicker to knock them down. Nonetheless, after the breakout success of 2016’s Puberty 2, she was hailed as the new vanguard of indie rock, the one who would save the genre from the white dudes who’ve historically dominated it. Her carefully crafted songs have often been portrayed as emotionally raw, overflowing confessionals from a fevered chosen girl, but in her fifth album, Be The Cowboy, Mitski introduces a persona who has been teased but never so fully present until now—a woman in control. “It’s not like it just pours out,” she says about her songwriting, “it’s not like I’m a vessel. For this new record, I experimented in narrative and fiction.” Though she hesitates to go so far as to say she created full-on characters, she reveals she had in mind “a very controlled icy repressed woman who is starting to unravel. Because women have so little power and showing emotion is seen as weakness, this ‘character’ clings to any amount of control she can get. Still, there is something very primordial in her that is trying to find a way to get out.”

Since Puberty 2 was released to widespread acclaim, ultimately being named one of the best albums of 2016 by Rolling Stone, TIME, Pitchfork, The Guardian, Entertainment Weekly, New York Times, NPR, and SPIN, Mitski has been touring nonstop. She’s circled the globe as the headliner, as well as opening for The Pixies, and most recently, Lorde. The less glamorous, often overlooked aspect of being a rising star is the sheer amount of work that goes into it. “I had been on the road for a long time, which is so isolating, and had to run my own business at the same time,” Mitski explains, “a lot of this record was me not having any feelings, being completely spent but then trying to rally myself and wake up and get back to Mitski. I was feeling really nihilistic and trying to make pop songs.”

We want our artists to be strong but we also expect them to be vulnerable. Rather than avoiding this dilemma, Mitski addresses directly the power that comes from appearing impenetrable and loneliness that follows. In Be The Cowboy, Mitski delves into the loneliness of being a symbol and the loneliness of being someone, and how it can feel so much like being no one. The opening song, “Geyser,” introduces us to a woman who can no longer hold it in. She’s about to burst, unleashing a torrent of desire and passion that has been building up inside.