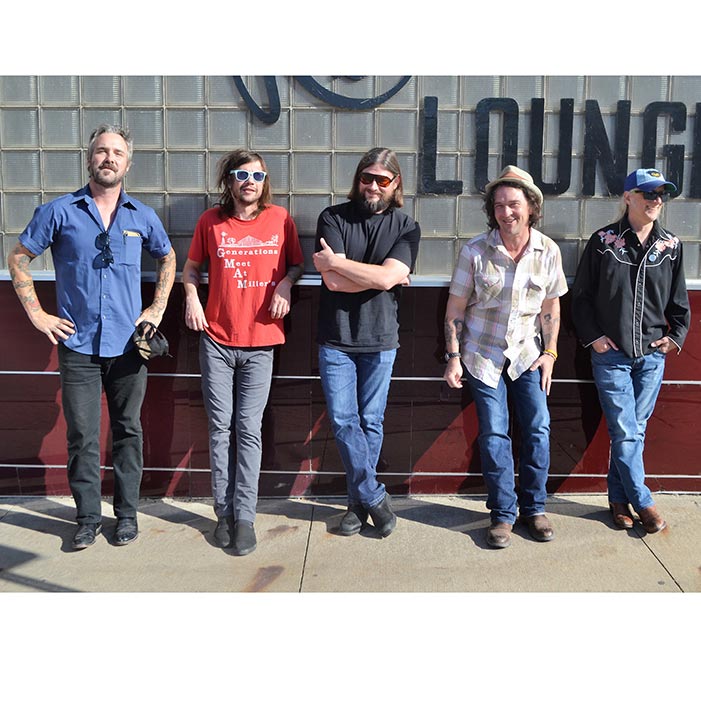 Middle Western was formed out of a long friendship and discussions the various members had while playing on each others’ recordings and the occasional band show organized as a way to play and sing songs written and recorded by other members. The band is made up of singer/songwriter and Anti Records artist William Elliot Whitmore on bass guitar and vocals; singer/songwriter/session keyboardist and founder of legendary Iowa roots music label, Trailer Records, David Zollo on keyboards and vocals; Chicago multi-instrumentalist Stephen “The Kid” Howard (James McCartney, Pinebender, Mississippi Heat) on electric guitars; Stevie Doyle (The Hoyle Brothers) on electric and slide guitars; and in-demand Iowa City drummer Brian Cooper on percussion. The fact that members live in Chicago (Doyle, Howard;) rural Iowa City (Cooper and Zollo;) and rural southernmost Iowa (Whitmore;) Middle Western brings together the influences and talents of its members to create something at once unique and familiar. Mixing New Orleans piano stomps, Crazy Horse-era guitar epics and proto-garage boogie, Middle Western is at work on their debut record, at Lone Tree’s Flat Black Studios, with Luke Tweedy engineering and mixing, and a summer 2017 release planned.