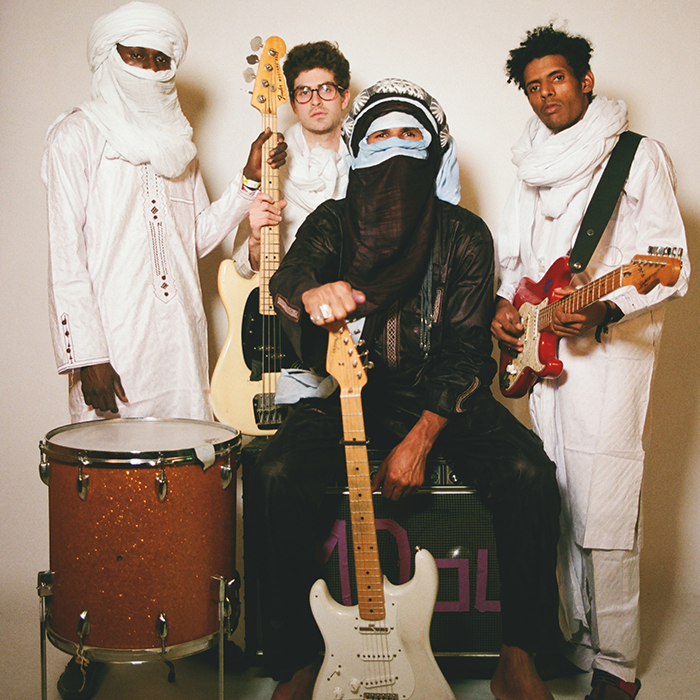 Mdou Moctar immediately stands out as one of the most innovative artists in contemporary Saharan music. His unconventional interpretations of Tuareg guitar have pushed him to the forefront of a crowded scene. Back home, he’s celebrated for his original compositions and verbose poetry, an original creator in a genre defined by cover bands. In the exterior, where Saharan rock has become one of the continents biggest musical exports, he’s earned a name for himself with his guitar moves. Mdou shreds with a relentless and frenetic energy that utterly sets him apart.

Mdou Moctar hails from a small village in central Niger in a remote region steeped in religious tradition. Growing up in an area where secular music was all but prohibited, he taught himself to play on a homemade guitar cobbled together out of wood. It was years before he found a “real” guitar and taught himself to play in secret. His immediately became a star amongst the village youth.

As Mdou travels the world, he divides his time between two places, alternating from lavish weddings in Agadez to sold out concerts in Berlin nightclubs. It offers a unique perspective, but also means that he needs to address different audiences. At home, his compositions send a message to his people. Abroad, his music is an opportunity to be heard and represent his people on a world stage.