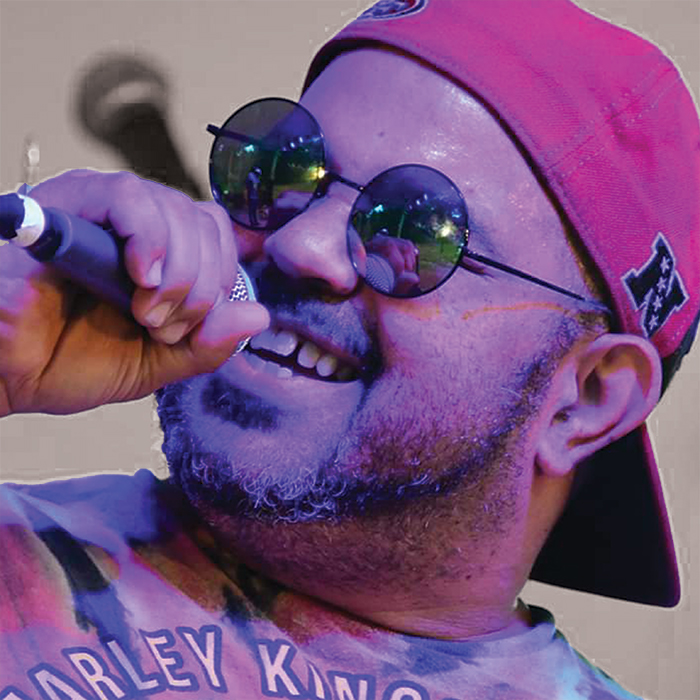 Steubenville, Ohio native MC Animosity is a Rapper/Producer/ and musician. He brings an East coast style and flavor to anything with a good beat. He’s been the lead vocalist for The Uniphonics since the band was formed in 2005. He has been involved in various music projects in Iowa City since 1998, including Hip hop groups: The Bad Fathers and Psychosomatic. Before the pandemic, he hosted jam sessions at the Iowa City Yacht Club, something he was a part of for a long time. He stays busy taking classes through Kirkwood Community College and is excited to release his 2nd solo album, ’79 Til Now Vol II. More recently, he contributed to the project Face Truth/Face Self with University of Iowa Professor, Damani Phillips.