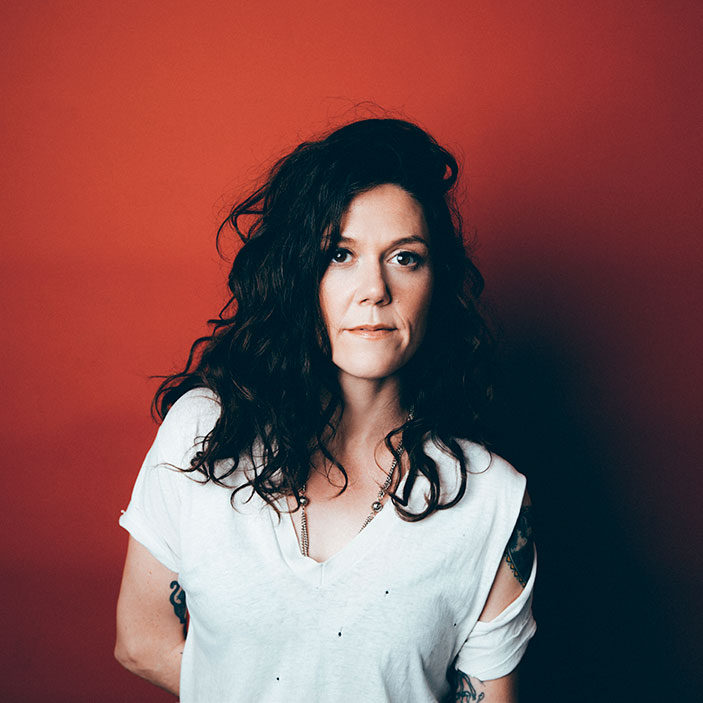 Lilly Hiatt returned with Trinity Lane on August 25th, 2017. The 12-song set was produced by Michael Trent of Shovels & Rope and engineered by Andy Dixon at Trent’s Studio Bees in Johns Island, SC. It is the follow up to her acclaimed sophomore album Royal Blue, which Paste Magazine described as “a glorious tumble of influences – surf rock, Smiths vibes, Laurel Canyon twang and jangle, Sonic Youth flatline, Britpop flourishes, Seattle grunge and Joy Division meets Human League synthery.” In addition to her backing band, Trent is featured as a musician throughout, and is joined by his wife and Shovels & Rope partner Cary Ann Hearst for backing vocals on “Everything I Had.” Lilly’s love of the ‘90s alt-rock she was raised on continues to shine through on Trinity Lane in the distressed guitars and urgent backbeats. She cites the Pixies, Breeders, Dinosaur Jr., and her favorite, Pearl Jam as influences, but there is also something distinctly Americana lurking in the songs. Rolling Stone Country premiered the Michael Carter-directed video for the album’s title track HERE, stating, “The daughter of John Hiatt, she keeps the family tradition alive, mixing Southern influences – Americana, folk and left-of-center country – with a raw approach that’s better suited to the garage than the saloon. The album’s title track is no exception…the song finds Hiatt making peace with her old demons, while guitars crash and pianos chime in the background.” They continued, “‘Trinity Lane’ is an empowerment anthem stocked with details from Hiatt’s everyday life, from the name of her street to the smell of her neighbor’s cooking.”

After moving out of an ex’s house, Hiatt settled into a new apartment off of Trinity Lane in her East Nashville neighborhood and went on tour with friend John Moreland to the West Coast and back. The intensely personal, autobiographical album was written largely upon her return, in isolation, facing the issues she escaped while on the road. Every time she wanted a man, she picked up her guitar. Every time she wanted a drink, she picked up her guitar. Hiatt says, “Love will take you to the darkest places but also the most honest places if you let it. Learning how to love myself is something I’ve always been lousy with, and I spent some time on that. I thought about my sobriety, what that means to me, the struggles I’d had throughout the years, since I was a 27-year-old and hung up my toxic drinking habit. I thought about my mother, who took her own life when I was a baby, not far from my age at 30 years old, and I related to her more than ever. As you can see, there was plenty of time spent on my own. I didn’t talk to that many folks, albeit a few close friends, and leaned into my family. I stayed away from men, and danced alone in the evenings, looking out my window observing my humble and lively neighborhood. I found power in being by myself. I found peace in the people I was surrounded with – we didn’t really know one another, but we smiled when passed on the street. One time I almost rear-ended an older woman in her car backing out of my driveway and I said, ‘Oh man, I’m just not used to any cars coming around this bend. She replied, ‘This is our little hideout, baby,’ And it really was.” She continues, “After a while, I had all these songs to play, and wanted to share them. I wanted to get out of town to get some distance from everything, so after an ongoing conversation with Michael Trent, I took my band to Johns Island, SC and we holed up for a few weeks. I poured my heart out, and trusted them with it, and these guys gave it right back. I think we all understood what it’s like to question home, intention, demons, love…I think most people understand that.”