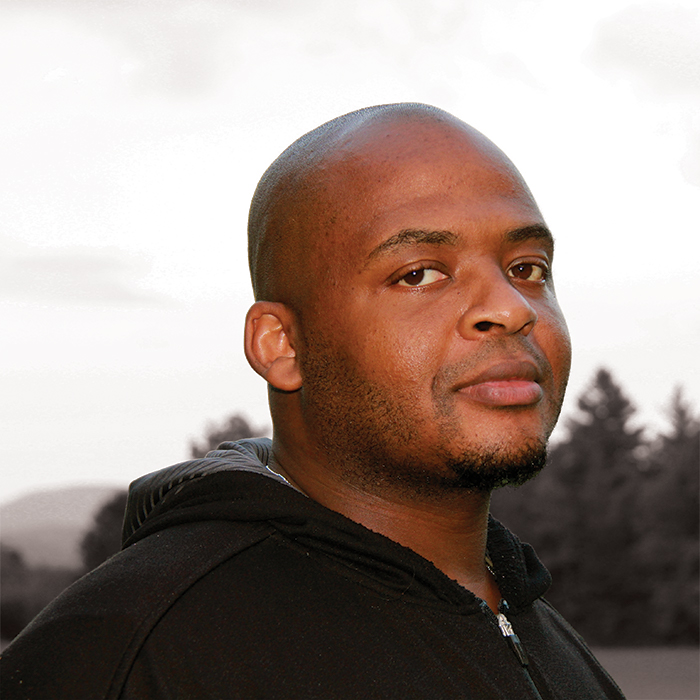 Kiese Laymon is a Black southern writer from Jackson, Mississippi. Laymon’s bestselling memoir, Heavy: An American Memoir, won the 2019 Andrew Carnegie Medal for Excellence in Nonfiction, the 2018 Christopher Isherwood Prize for Autobiographical Prose, the Austen Riggs Erikson Prize for Excellence in Mental Health Media, and was named one of the 50 Best Memoirs of the Past 50 Years by The New York Times. The audiobook, read by the author, was named the Audible 2018 Audiobook of the Year. Heavy was a finalist for the Hurston/Wright Legacy Award in Nonfiction and the Kirkus Prize in Nonfiction. It was named a best book of 2018 by the New York Times, Publishers Weekly, NPR, Broadly, Buzzfeed, The Washington Post, Entertainment Weekly.

Three essays from Laymon’s newly reissued book of essays, How to Slowly Kill Yourself and Others in America were selected for inclusion in the Best American series and The Atlantic’s best essays. Laymon’s debut novel, Long Division, which will be reissued in 2021, was honored with the William Saroyan International Prize for Writing and was shortlisted for a number of other awards, including The Believer Book Award and the Ernest J. Gaines Fiction Award.

Laymon is a Contributing Editor at Vanity Fair and Oxford American. He has written for New York Times, Esquire, VSB, ESPN The Magazine, Paris Review, NPR, Colorlines, The Los Angeles Times, The Guardian, Ebony, Guernica, Fader, Travel & Leisure, Lit Hub, and many others. A graduate of Oberlin College, he holds an MFA in creative writing from Indiana University. He is the Hubert H. McAlexander Chair of English at the University of Mississippi, and recipient of the 2020-2021 Radcliffe Fellowship at Harvard. Laymon is at work on several new projects, including the long poem, Good God, the horror novel, And So On, the children’s book, City Summer, Country Summer, and the film Heavy: An American Memoir. He is the founder of “The Catherine Coleman Literary Arts and Justice Initiative,” a program aimed at getting Mississippi kids and their parents, more comfortable reading, writing, revising, and sharing.