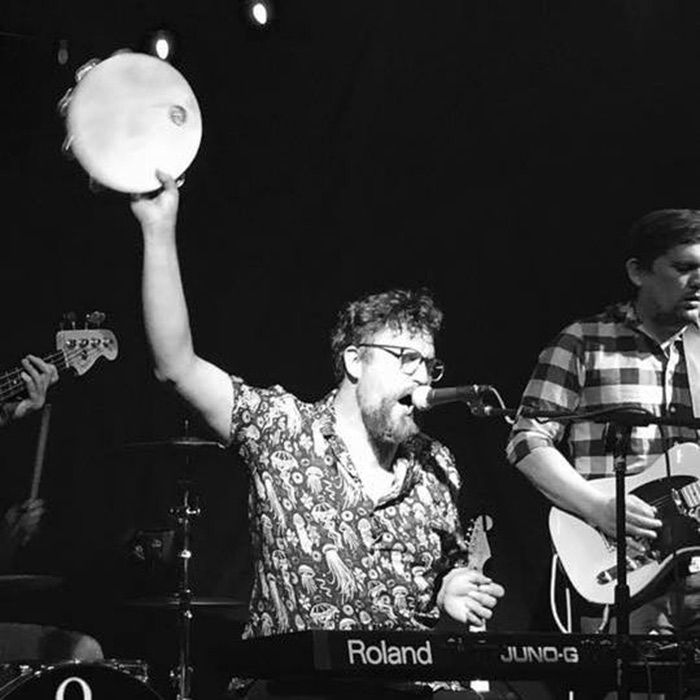 “Hailing from Northern Michigan, Jonathan Timm built a solid foundation in the Michigan folk scene, leading the songwriting efforts of Blackwater Valley Songs, Birches and The Jeremies and releasing 4 albums before making his move to Nashville in 2011. Once there, his longtime interest in classic country flourished, and he began crafting heart-rending songs under his own name.

After rounding up a notably skilled 4-piece backing band and touring the country extensively in support of his EP These Hours, he devoted a large part of 2015 to recording his debut full-length Fever Dream at Jack’s Tracks Recording Studio. Drawing on influences such as Neil Young, Wilco and Magnolia Electric Co., the songs on Fever Dream are captivatingly direct. There is no room here to praise trucks or Tennessee whiskey: Jon presses on to more harrowing territory. He explores the time in adulthood where falling in love isn’t exactly novel, but the loss of it bears more weight, the aching chasm left behind after the passing of a close friend, the storm of anger that lingers after a betrayal.

There is a refreshing vulnerability in his voice that lends sentiment without dipping into sentimentality, but the tracks aren’t sparse. Buoyed by driving guitars, Wurlitzer, organ, full harmonies, haunting pedal steel from Carl Broemel of My Morning Jacket and keyboard from local session player Matt Rowland (Bobby Bare Jr.), Fever Dream conjures classic rock, alt-country and Americana without consciously bending to fit into any of them.”