with Mitski and Good Morning Midnight 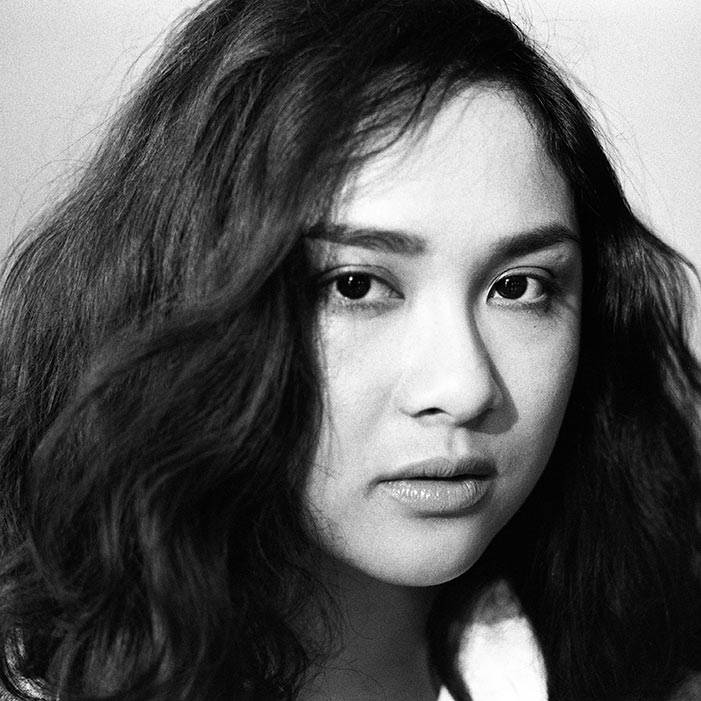 with Mitski and Good Morning Midnight

On her first proper album as Jay Som, Melina Duterte, 22, solidifies her rep as a self-made force of sonic splendor and emotional might. If last year’s aptly named Turn Into compilation showcased a fuzz-loving artist in flux — chronicling her mission to master bedroom recording — then the rising Oakland star’s latest, Everybody Works, is the LP equivalent of mission accomplished.

Duterte is as DIY as ever — writing, recording, playing, and producing every sound beyond a few backing vocals — but she takes us places we never could have imagined, wedding lo-fi rock to hi-fi home orchestration, and weaving evocative autobiographical poetry into energetic punk, electrified folk, and dreamy alt-funk.

And while Duterte’s early stuff found her bucking against life’s lows, Everybody Works is about turning that angst into fuel for forging ahead. “Last time I was angry at the world,” she says. “This is a note to myself: everybody’s trying their best on their own set of problems and goals. We’re all working for something.”

Everybody Works was made in three furious, caffeinated weeks in October. She came home from the road, moved into a new apartment, set up her bedroom studio (with room for a bed this time) and dove in. Duterte even ditched most of her demos, writing half the LP on the spot and making lushly composed pieces like “Lipstick Stains” all the more impressive. While the guitar-grinding Jay Som we first fell in love with still reigns on shoegazey shredders like “1 Billion Dogs” and in the melodic distortions of “Take It,” we also get the sublimely spacious synth-pop beauty of “Remain,” and the luxe, proggy funk of “One More Time, Please.”

Duterte’s production approach was inspired by the complexity of Tame Impala, the simplicity of Yo La Tengo, and the messiness of Pixies. “Also, I was listening to a lot of Carly Rae Jepsen to be quite honest,” she says. “Her E•MO•TION album actually inspired a lot of the sounds on Everybody Works.”

There’s story in the sounds — even in the fact that Duterte’s voice is more present than before. As for the lyrics, our host leaves the meaning to us. So if we can interpret, there’s a bit about the aspirational and fleeting nature of love in the opener, and the oddity of turning your art into job on the titular track. There’s even one tune, “The Bus Song,” that seems to be written as a dialog between two kids, although it plays like vintage Broken Social Scene and likely has more to do with yearning for things out of reach.

While there’s no obvious politics here, Duterte says witnessing the challenges facing women, people of color, and the queer community lit a fire. And when you reach the end of Everybody Works, “For Light,” you’ll find a mantra suitable for anyone trying, as Duterte says, “to find your peace even it it’s not perfect.” As her trusty trumpet blows, she sings: “I’ll be right on time, open blinds for light, won’t forget to climb.”