with Mitski and Jay Som 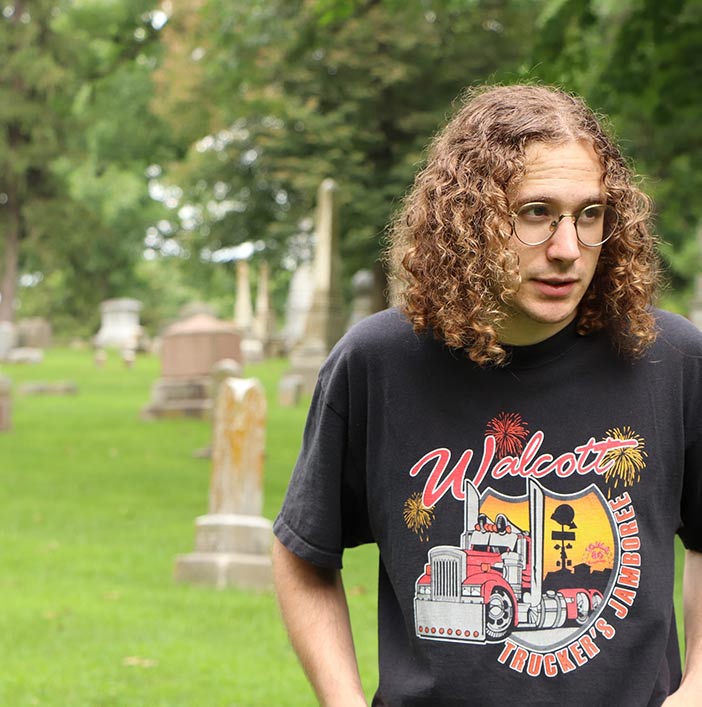 with Mitski and Jay Som

Good Morning Midnight began spontaneously, like a trip for ice cream or human combustion, when a record store in Iowa became sentient and began immediately devouring itself. The psychedelic folk music was gnashed to bits with every mouthful, the country records ended up smeared in dissonance from a stack of 90’s rock albums someone set aside but never bought, the expensive Brian Eno reissues tried to sneak out with the barrelhouse piano LPs before they became their own snack.

The whole wonderful mess of Good Morning Midnight is a cacophony in hushed tones. Sole member and mastermind of the project, 21 year old Charlie Cacciatore, creates a triumphantly ephemeral thrust, but also understands the “multitude of directions his music could go in next: and there’s simply no more exciting place to be than that.” (For the Rabbits, June 2017)

2017 saw the release of the debut album, Basket of Flowers, as well as shows alongside Ratboys, Palehound, Peaer, awakebutstillinbed, Lavender Country, David Dondero, H.C. McEntire, and Wood Chickens. A new album, Both Neither and Both, is out now on vinyl and cassette, and is a treat for any self-masticating record collection that might include Built To Spill, Songs: Ohia, Kurt Vile, or Yo La Tengo.

‘Both Neither And Both’ negotiates mortality, the relationship between pain and beauty, and gender and queerness. These themes go nicely to a backdrop of Midwestern imagery, and Catholic imagery turned on its head. Cacciatore, Catholic-school-graduate-turned-record-store-employee exudes a precocious voice not dissimilar to an early Conor Oberst.