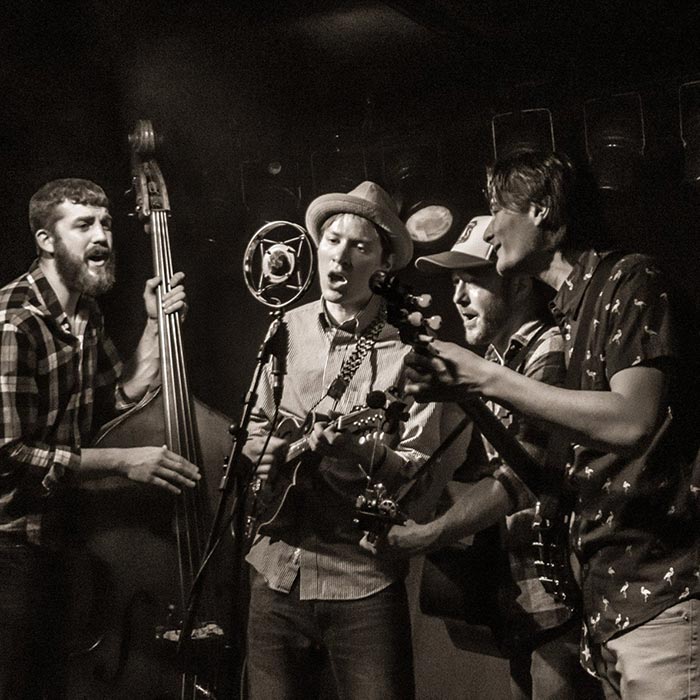 Flash in a Pan

Flash in a Pan is an Iowa City string band thats blends contemporary music with traditional folk and grass motifs. Their original compositions combine elements of reggae, country, folk and grass forms to produce tunes with a modern sensibility and respect for tradition. They have released two studio albums, Off The Rails (2017) and Folklore (2018) and continue to tour and write.

The band is comprised primarily of guitarist Blake Daly, bassist Lee Eckles, Alex Flesher playing banjo, and mandolin player Max Lipnick. This quartet has been playing all over the midwest since 2014 and occasionally grows to include harmonica, washboard, or fiddle.