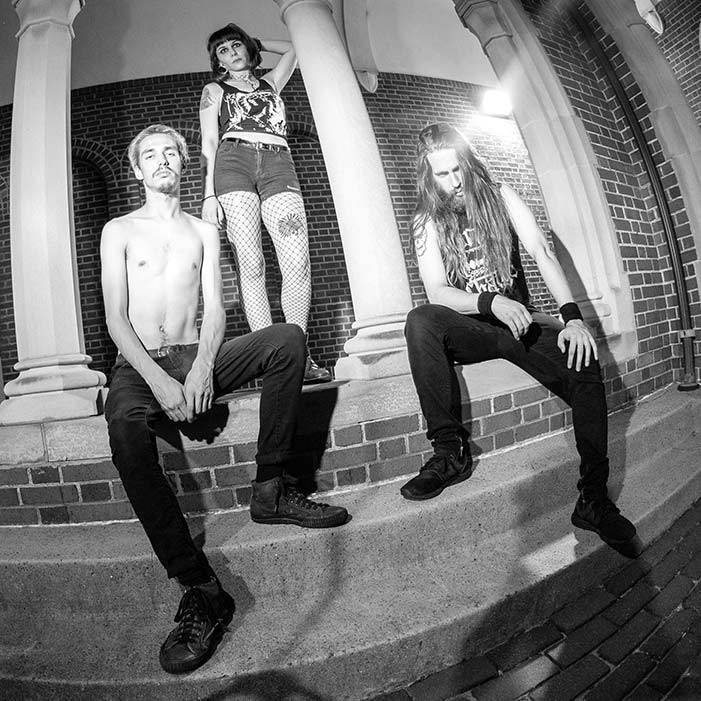 with HIDE and Peanut Ricky & the Fiends

Since debuting The Black Pullet EP in early 2017, DRYAD has performed regularly with a wide variety of heavy acts, such as Street Sects, Blank Spell, Drugcharge, and Dawn Ray’d. Their second EP, The Silurian Age, was released to cassette in June of 2018, and has since been quietly gaining momentum in the underground metal scene across the globe. Inspired by the ancient seas that once blanketed the Midwest and the fossils that remain, The Silurian Age conjures up images of an untamed Earth inhabited by primordial creatures of the deep. They are currently working on their third release, an explosive split with Missouri bad boys Acid Leather, set for release on vinyl in spring 2019.