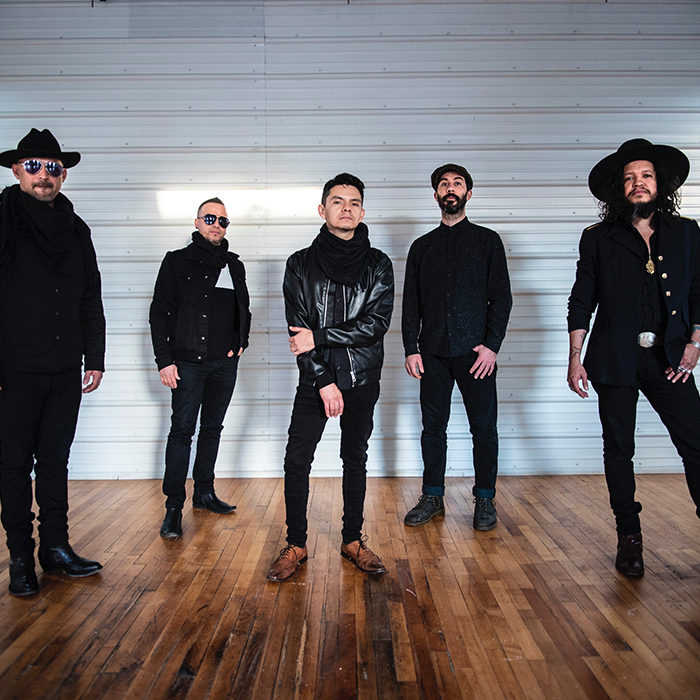 Dos Santos is a quintet just 5 years working in Chicago but already established as one of the city’s most potent, impactful performers. A band known to be at home in a broad spectrum of venues and contexts – as proficient at nailing epic progressive arrangements for summer street festivals in the Latinx culture hub of Pilsen as they are at extended improvisational, experimental cumbia sets on the jazz-centric cabaret stage of the California Clipper, or the Chinook Lounge of The Hideout – Dos Santos’s elasticity & consistency in live performance has earned them an enthusiastic & highly diverse audience in the too-often segregated Chicago music scene. In recorded output, the sound established by their first EPs & singles garnered them wider attention for their ability to rekindle & represent vintage sounds. But anyone with more than a distant perspective on their musicianship & aesthetics would know not to over-simplify Dos Santos as purely a psychedelic/cumbia revivalist outfit. Dos Santos have been steadily tipping forward into something more future-minded & universal this whole time, something that transcends the nationalism many of us are desperately trying to depart from, but don’t have the
vocabulary to fully escape. Logos, their International Anthem debut, is a bold & vulnerable push into this transcendence, the band’s effort to proactively poeticize the future in sound.