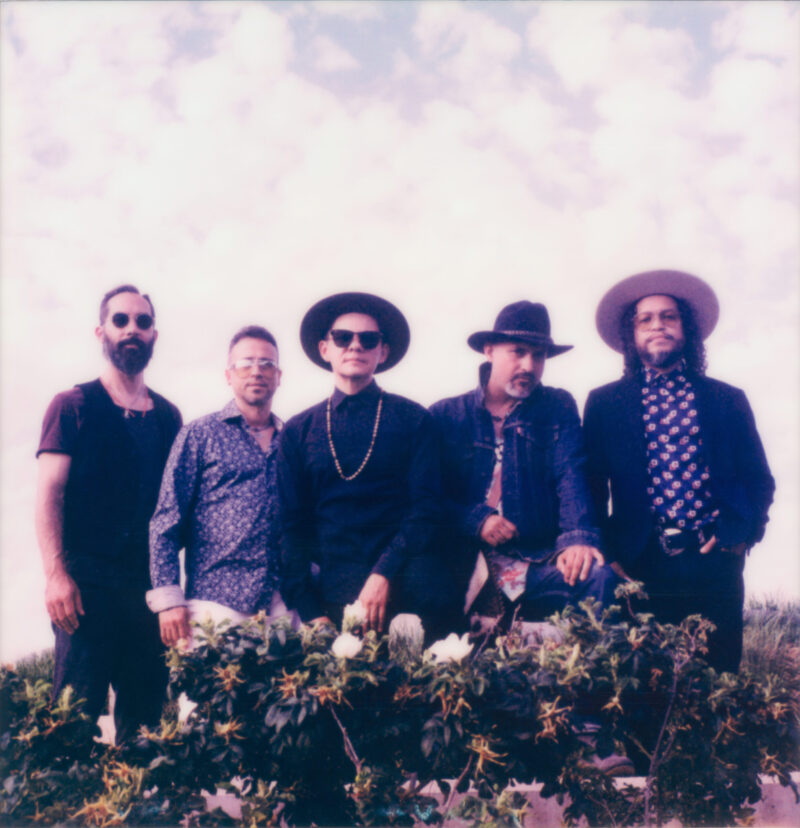 “If there is a refuge from the horrors outside of us, Dos Santos seem to suggest it is in the free and bountiful exchange of ideas and hopes and dreams among friends and fellow travelers, a joy—or at least a forcefulness—found in community.” – Colin Joyce, Noisey

The band began working on City of Mirrors without any expectation of what it would be. They simply hoped to create an evolved, unique, and border-defying but broadly communicable sound. To achieve this, they decided to incorporate a sixth member. Dos Santos’ bandleader, singer & lyricist Alex Chavez explains: “We wanted to step outside of ourselves and that meant working with a producer, something we hadn’t done before in this capacity. We wanted to bring in someone to provide us with a different perspective on what we’re doing, what we want to do, and push us in different ways.” That led to City of Mirrors being recorded in Los Angeles under the direction of artist, producer, and longtime friend of the band Elliot Bergman (who is known to many as a leader of Wild Belle and NOMO). Bergman was able to help shape the music by introducing new ideas for capturing and composing sound; and helping sculpt the songs into their most essential and minimal forms.

City of Mirrors is cinematic in its journey, reflecting sounds from across the Americas combined with Chavez’s compelling poetic narratives. The 13 tracks on the album consolidate the band’s cultural roots, their unique identities, and their penchant for honoring traditional Latinx music with modern-day compositional expressions and production techniques. It achieves the band’s mission to push against their own musical boundaries while also expounding on themes around social justice, immigration, and contemporary human struggle. Chavez articulates beautifully, in a verse-like explanation of City of Mirrors: “This album is an assemblage…glimpses of tradition… reflections on our collective present… luminous echoes between love and solitude, hope and absurdity, euphoria and mourning. This album grapples with and transgresses these binaries because we have/and continue to cross borders. Yet, for us, the border is no metaphor—too much real staring back at us. We embody the border. We (our families) have crossed it. We (our stories) are coated with its residues. And so… we cross the border of self through our art – out of necessity.”

A band well-known for their powerful live show, Dos Santos will be back in the live circuit across the second half of 2021 and early 2022 as travel and capacity restrictions are lifted. City of Mirrors will be released in October of 2021.