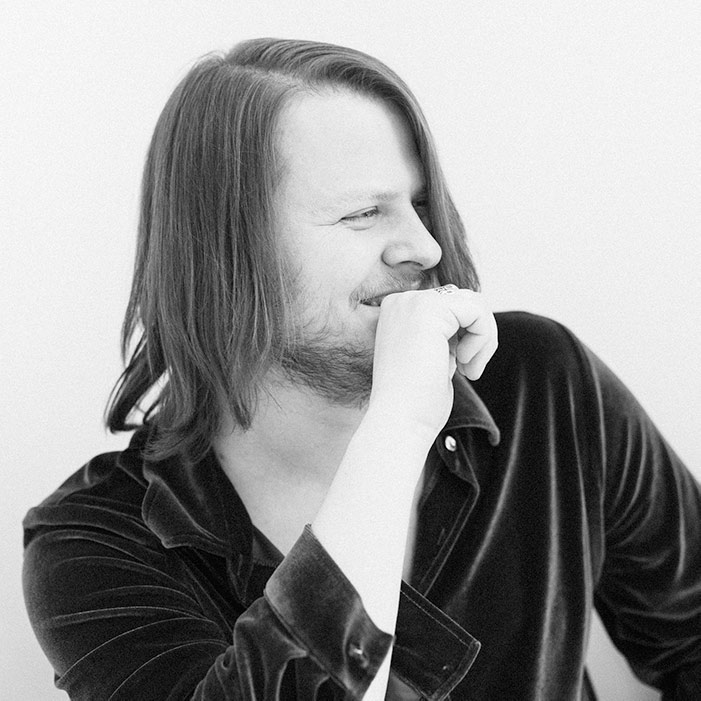 with Younger and Dana T

It’s only hearsay, but Dana Telsrow is the bandleader for a late-night talk show that films in an alternate universe Studio 54. Carl Sagan is a guest every night. Catering is mostly dragonfruit. It’s all very casual, yet very intense.

The other rumors are true: Dana T makes delightfully odd music that “draws you in, even as it baffles you.” (Little Village Magazine, Nov. 2015). The sonic trademarks are horns and strings fighting alongside melodic, Motown bass-lines. The drumming is frenetic and the guitar parts are shape-shifting monsters, fuzzed-to-heck riffs one moment and a clean spank the next.

It’s an arrangement style that isn’t too far from early Scott Walker or the Beach Boys, but the sound itself is a lush funk, a series of ethereally pretty vocals slinging it all together on the griddle. There’s a chaotic sort of satisfaction and kismet to it all, as if questions and answers have been written on separate scraps of paper, hurled in the air, and correctly landed on top of one another.