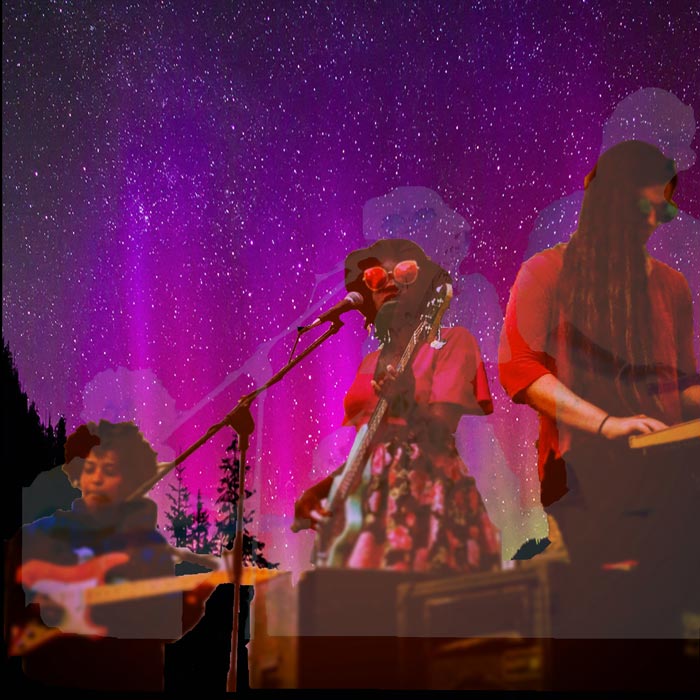 It was…frankly a terrible moment when Madi and Dzl first emerged on Planet Earth.

Their spaceship (more specifically, intergalactic waste management truck), veered severely off course and had run out of fuel by the time WM Spacecraft 999 punctured Earth’s atmosphere and hurled point first down to what we know and recognize as Downtown Iowa City.

It seems peculiar, perhaps almost cosmic, that both Madi and Dzl happened to land right outside a well-known venue locals endearingly refer to as the “Yacht Club”. Upon exiting and examining their totaled and smoking spacecraft, the two ran for cover inside the venue seconds before the impending explosion. Fortunately (for them at least), the fine folks Madi and Dzl encountered inside the Yacht Club were so engrossed in the creation of music taking place that no one seemed to notice the loud and sudden crashing and explosion sounds that were taking place outside. But how could the two keep their cover? According to audience member testimony, It wasn’t long before Dzl noticed an unmanned curved like 4 stringed instrument, and Madi noticed a similar instrument of 6 strings. As if their minds were one both quickly assumed position and joined the jam. This would be the perfect cover for the duo as the inevitable search and destroy campaign was set to begin upon locals’ discovery of the burning spacecraft outside.

Little is known about Madi and Dzl after that event. What we do know is that sometimes a third member, known as “Reeg” and perhaps also an alien joins the duo. It is known that they’ve been seen on stages channeling what those who’ve encountered them describe as “ethereal”, “crucial”, “otherwordly” vibes. No one is really sure what language Dzl, the front-alien is singing, but it makes sense to them. We’ve asked several people to explain this phenomenon and unfortunately we’ve been unable to arrive at much of a concrete answer beyond the made-up term “soulgaze”. It seems that the vibes they deliver have a bit of an amnesiac effect as certain individuals who’ve seen the duo turned trio multiple times including their first arrival can’t seem to remember what the circumstances of their initial arrival were.

In fact, we’re not even sure if it really took place. There are no records.