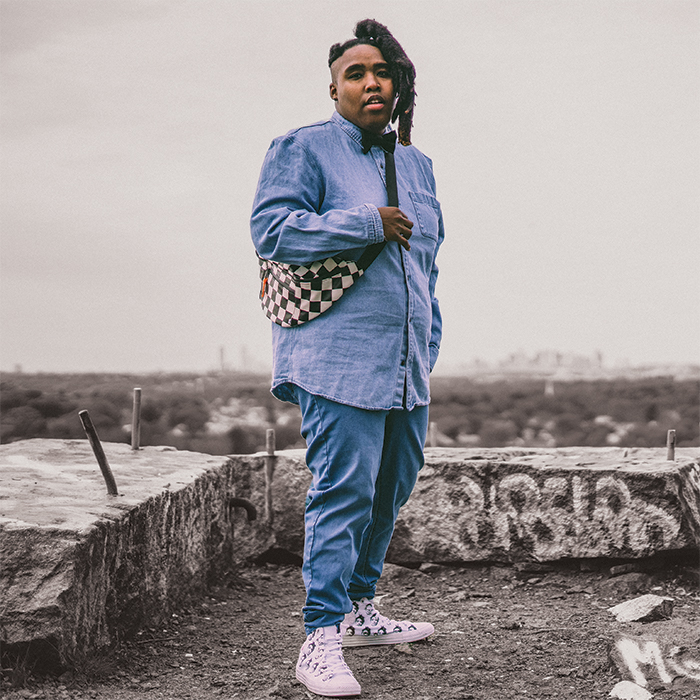 Billy Dean Thomas (they/them), AKA “The Queer B.I.G” is a Hip-hop recording artist and producer born and raised in Harlem, but currently residing in Boston. Billy Dean challenges the music industry with quick-witted punchlines, that highlight intersectional feminism, social justice, and growing up in a gentrified city. Recently. named one of NPR’s 2020 Slingshot Artists to Watch, Billy Dean Thomas has been described as a blend between “The Roots and Rage Against the Machine.” After sharing their story on ABC’s The View they were nominated for four Boston Music awards and were recently featured as a songwriter for a grammy nominated album titled “The Love” by the Alphabet Rockers. They have been featured in the Boston Globe, WBUR, WGBH, and have performed at venues such as The House of Blues, Grand Point North Festival, The Brooklyn Museum, and Spotify.