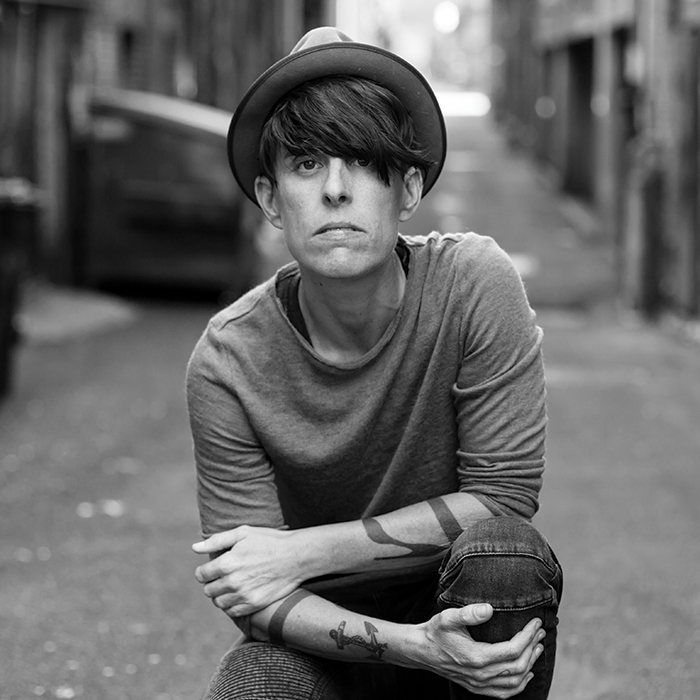 “Andrea Gibson (they/them/their) is one of the most stirring and influential spoken word artists of our time. Best known for their live performances, in which they regularly sell out large capacity rock clubs and concert halls, Gibson has changed the landscape of what it means to attend a “poetry show” altogether. Gibson’s poems center around LGBTQ issues, gender, feminism, and mental health, as well as gun reform and the dismantling of oppressive social systems. Their live shows, in which they are often accompanied by musicians, have become loving and supportive ecosystems for audiences to feel seen, heard, and held through Gibson’s art.

Gibson is the author of six books. Lord of the Butterflies (Button Poetry), which has sold over 25,000 copies worldwide was the winner of the Independent Publisher’s Award in 2019 as well as a Goodreads Choice Awards Finalist. Take Me With You (Penguin, 2018), an illustrated collection of Gibson’s most memorable quotes, was also a Goodreads Finalist. In 2019, they co-authored their first-ever non-fiction book, How Poetry Can Change Your Heart (Chronicle Books).

In addition to their publishing accolades, Andrea has released seven full-length albums, combining their socially active spoken word with musical collaborations. Gibson has gone on to be featured on BBC, Air America, C-Span, and regularly sells out large capacity standing-room-only venues all over the world. They are the winner of the first-ever Women’s World Poetry Slam Championship (2008) and frequent World Poetry Slam Finalist.”