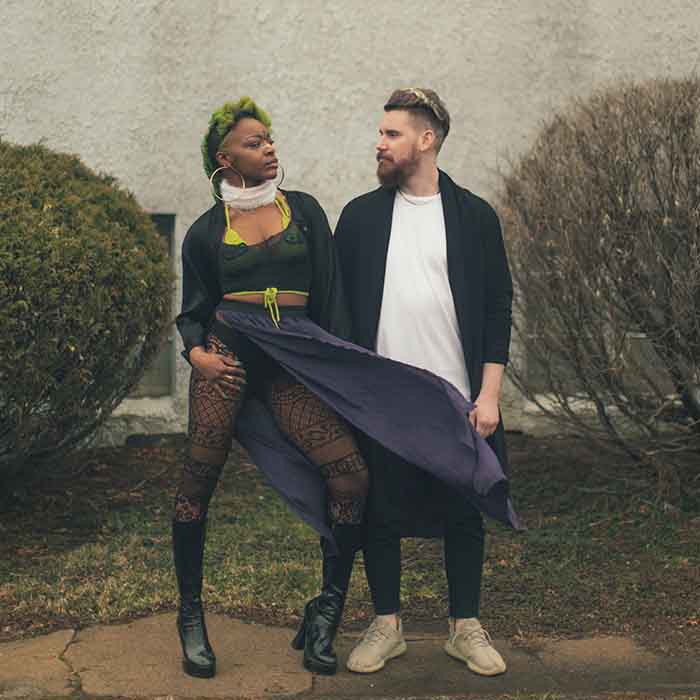 Ancient Posse patch their singular vision together from two very different backgrounds. In one corner, there’s Bergeron’s formative years occupied by listening to all the Thom Yorke, romantic composers, and IDM glitchiness he could fit between home school lessons and the countless hours of classical violin training. On the other side of the ring: Jonae’s childhood days spent creating elaborate internal worlds, informed as much by Broadway musicals and gospel music as Erykah Badu and AC/DC.

This dichotomy manifests itself in the tension and space at the center of every Ancient Posse song, whether it be through billowing synth chords, skittering beats, or bold but elusive moods that turn on a dime. There’s an angular momentum that keeps listeners on their toes as lyrics, melodies, and structures change, sometimes several times over the course of a track.

“We ultimately just want to celebrate life,” Kamillah says between vocal takes for their debut full-length, “and maybe encourage people – including ourselves – to see their place in it from higher up, to see the patterns. To see the beauty.” If that sounds a bit doe-eyed, it’s not lost on Ancient Posse. Steven elaborates, “We don’t want to be ironic. We want to own up to the wonder and power you can get from music, even if that means getting a little cheesy or vulnerable sometimes. We’ve accepted that fate.”